Factory by The Hill

Well, this is an old story of the factory by the hill
listen carefully and you will be amazed
In effect, it is the story of it’s owner
and how he disappeared without a trace

So, he travelled to an area where they still raise the coal
with the purpose to hire good men for the job
After returning with two well-experienced miners
He put a brand new sign onto his shop

Pottery and mining, Wabern, Switzerland, it said
off the reel and full of verve they got to work
euphorically they saw their tubes expanding
ignoring the disaster that did lurk

There’s a glimmer of hope, it’s hard and cold
it lays down below at the foot of the hill, ready to reap
he thought the time had come to go and change
the scheme of his life
In a short time the proximity was largely hollowed out
one of the tunnels passed underneath the railway tracks
so the rails above it started slowly slumping
and the factory walls revealed some ugly cracks

So, early one may morning the police stood at the door
but the owner of the house could not be found
he had gone away and left his home deserted
for unknown destinations he was bound

There’s a glimmer of hope, it’s hard and cold…

But he, whom they were searching had already crossed the land
moving on until he reached the River Rhine
a treasure in his pocket he was hiding
a great big lump of gold so pure and fine

So, he formed two mighty testicles out of the shiny gold
scrambled up and fit them where they had to be
the last time he was seen he crossed the border
threw his passport in a bin in Germany

There’s a glimmer of hope, it’s hard and cold… 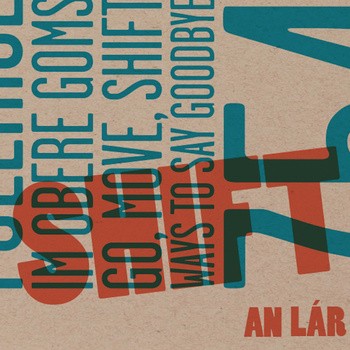